Bioware Is Dead, Is EA Games To Blame?

Recently, the video gaming industry was rocked with the announcement that Dr. Ray Muzyka and Dr. Greg Zeschuck, co-founders of the revered RPG developer, Bioware, are retiring from the gaming industry.  With their departure, they leave behind a legacy of more than 15 years of some truly inspiring work.  It is the end of an era in video games, as the doctor’s leave their company to pursue greener (or perhaps more red, or more blue) pastures.  But where does that leave their company, Bioware?  A better question may be, is there even a Bioware left anymore?

Bioware made a name for itself for crafting some of the most ground breaking RPG’s in video game history.  They are known for telling excellent stories, creating rich universes bursting with compelling lore, crafting deep characters with heart and emotion and pitting players against dark antagonists and insurmountable odds.  However, since EA bought Bioware in 2007, there has been a gradual decay in quality from the studio.

Mass Effect 2, while superior in more ways than one to its predecessor, Mass Effect, has been frequently put under scrutiny for its shift from RPG, to more shooter friendly.  Many (myself included) argue that Mass Effect 2’s story is significantly inferior to the originals.  It also abandoned its RPG features almost completely (which is odd considering it was marketed as a Role Playing Game) and featured a far more limited and linear gaming experience.

The game itself resembled very little of its predecessor Dragon Age Origins.  Personally, I do feel that the hate for Dragon Age 2 was overblown.  It was not a bad game by any stretch of the term.  In fact, it was a very good game.  However, it was not a great game, and that in and of itself was cause for concern.

Since Dragon Age 2, fans had a wary eye locked onto Bioware.  Trust and consumer loyalty was dwindling.  Meanwhile, Star Wars: The Old Republic was once again disappointing loyal Bioware fans.

Casting an even stronger shadow of doubt over the company was the staggering amount of the most talented individuals working for Bioware who were departing from the company.  Drew Karpyshyn, Brent Knowles, Christina Norman, and many others were all jumping ship.  All with Mass Effect 3’s release looming on the horizon.

Bioware initially seemed very much aware of the set-backs they experienced.  They told fans that they were listening to their feedback, and promised that Mass Effect 3 would bring the much loved RPG elements back into the game that has always been touted as an RPG.  They promised closure, more interaction with companion characters, and a solid end to what was arguably their most cherished franchise.  Mass Effect 3, however, did none of what was stated.

The RPG elements that supposedly were returning were only slightly more significant than ME2’s.  It featured less interaction with companions than ever before in any Bioware game.  The story had no closure and an ending so open to interpretation, that many fans had no clue what had even transpired.  Adding to all of that, Mass Effect 3 streamlined its gameplay even further by nearly removing the dialog choices and paragon/renegade reputation system entirely.  Though Bioware had adamantly proclaimed to be listening to the feedback from their fans, it would seem that our voices were not heard.

After the release of Mass Effect 3, the backlash was so potent, it made the tidal wave of negativity following Dragon Age 2 look like a toddler splashing in a puddle after a moderate rain shower.  Protests began to take flight.  Fans began begging for clarity, demanding satisfaction, and in some cases, even threatening developers.  Meanwhile, Bioware, the company that claims to listen to and admire the opinion of their fan base, began fighting back.

Virtually every negative topic was closed down on the game’s forum, and some members were even banned permanently.  Insults were flung around by Bioware employees.  “Entitled,” they said.  “Respect our artistic vision,” they said.

One Bioware employee even referred to their fans as, “basement dwelling nerds.”  Odd sentiments from a company that claimed for years to listen to the feedback from their fans, regardless of whether the criticisms are positive or negative.  Odd sentiments indeed.

Looking at the Mass Effect series specifically, one can clearly see a shift in direction.  Mass Effect 1 was released before EA bought Bioware.  It was a roleplaying game that allowed players to make deep choices that were promised to have dire consequences.  It was a cinematic science fiction tale, painting an idealized utopian future among the stars.

Mass Effect 3 was more of a third person shooter, complete with a multiplayer component.  Choices made in previous installments were nullified, and often retconned into a preferred cannon outcome.  Rarely in the game were players ever burdened with making any new choices, and the choices you did make had no consequences, and did very little to change the story in any way.

The idealized utopia was scrapped in favor of a dark, grim and desolate wasteland of a galaxy.  Looking back, Mass Effect 3 does not resemble Mass Effect in any way.  Not in gameplay, narrative tone, or artistic design.  Mass Effect 3 was the exact opposite of what fans wanted, and what they had been asking for.

Even in the aftermath, Bioware claimed to have listened to their by releasing an Extended Cut downloadable add-on.  Fans wanted clarity, closure, and a better, more fitting end to the trilogy.  Though Bioware claimed this is what was being delivered, most fans saw nothing new or significant.  The company that once listened to their fans had spurned them in favor of “artistic integrity.”

Bioware once made role playing games that encapsulated the minds, hearts and souls of gamers.  They once asked for input from the valued consumer base.  They once delivered on that input.  Now, Bioware almost looks upon both RPGs and their fan base as if they are a disease to be purged.  They focus on the “widest possible audience”, and no longer take risks or make daring moves.  They are not the company they once were.  And now, with departure of the men who built it from the ground up, no one can say otherwise.

Perhaps that is true.  But, I do know one thing.  I know that to me, Bioware has always been a developer that created deep role playing experiences, extremely well told stories, rich and compelling characters, and complex and sympathetic villains.  They have always been a company that has valued the opinions and insight of their fans, actively participating with them in discussions about their games.  It was a company built by extraordinary talent.  Talent like Ray Muzyka, Greg Zeschuck, Drew Karpyshyn, Brent Knowles, etc.  None of this is what Bioware is to me now.  The Bioware I know, the Bioware I fell in love all those years ago, when I first loaded Neverwinter Nights into my PC, is no more.

It is easy to blame the shift in direction on EA, but if there is one thing I know, Bioware is keenly aware of choice and outcome.  They made their choices of their own volition, make no mistake about that.  Any failures the developer makes, they make on their own.  It would seem to this humble writer, that Bioware is dead.  In fact, they died years ago.  Only now, the corpse is finally starting to stink. 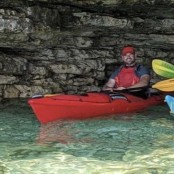